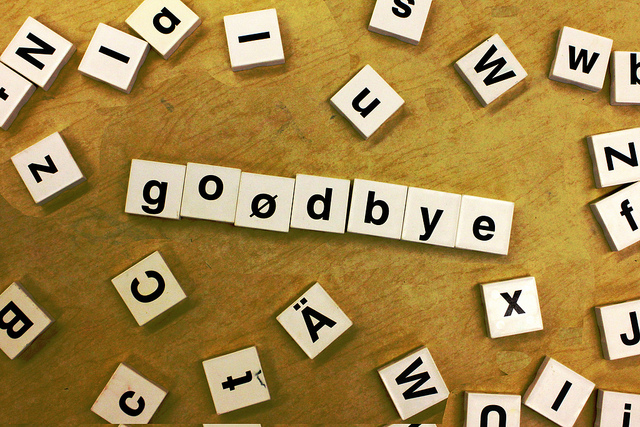 It’s not you, it’s me: How to handle it when your employees say goodbye

I mean, it’s sod’s law isn’t it? Just when you think everything is teed up to have a great 2018: Goals in place? Tick. Marketing lined up? Tick. Sales Pipeline trending the right way? Tick. – when someone pops their head around the door clutching an envelope and utters a few words in ‘that’ tone …”er, can we have a quick chat?’. And it’s the ones who are the most valuable to you which always hit you hardest.

Of course, not every resignation is bad news. If you are planning on going through a restructure or making redundancies and the person in question was going to be affected, then you may have just saved yourself a bit of heartache ( not to mention a few quid). But most are not wanted, downright annoying and expensive too.

With an average employee in the professional sector costing up to £30k to replace , the best way to ensure that you handle this well, is to prioritise keeping your team as you would your clients. And plan for it by doing some of the following:

And I’m not saying it’s easy by any stretch. It’s a hell of a commitment to meet with your team each week/ fortnight/ build a relationship/ keep it going through the good and the tough times. But people are less likely to leave a place where they feel valued and listened to than anywhere else. And even if you can’t keep them, the chances are that they will feel more comfortable giving you a heads up that they may be off, allowing you a bit more time to plan and handover.

But back to that resignation. In practical and immediate terms, you have a few options:

Option 3 doesn’t always mean they stay and you may well still have to say goodbye to someone you would rather not. But at least by taking the time out to find out what is really going on, you will truly understand why your business is not right for the person standing in front of you. But why it may be for another time. Ah yes, Boomerang employees. Now there’s another post….