Are we nearly there yet? Tips to finish the year with a flourish

With Christmas too far away to mention (damn!) and September already in the past, it seems a void opens up every year during this same period, only to be filled by our collective stresses which multiply as each week passes. For those that have their year-end in December, it signals a time to get heads-down and make a final push. Your focus and intent trained on whatever particular goals you might have whilst, at the same time, being busy wondering how the hell the end of Q3 came and went so quickly & how can you make sure that your team stays focused on the goals set as you approach the last few months.

When the going gets tough. The tough get prepared.

Going gung-ho at your business for 9 months flat can leave even the best of us feeling a bit, well, tired…. As a business leader however, you not only have to overcome your own feelings of lethargy in the face of relentless and competing business needs, but also try to buoy everyone else up in the team so that 2015 will truly be a corker.

Deep breath then and try out these tips to help keep things pushing on through:

You’re fired – no, seriously, you are: The Dos & Don’ts Of Giving Someone The Boot

Like most human beings, I don’t like firing people. I don’t find it easy to tell someone that they are no longer needed in any business, regardless of whether there is a good reason (most of the time) or not (some of the time). It doesn’t mean I won’t do it, but there is absolutely zero job satisfaction in giving someone their P45. And I would consider it a sure fire indicator that I should sling my CIPD badge in the bin and take up something meaningful, like, er scientology, if I came out of a dismissal meeting wanting to high-five everyone around.

I have been asked to fire people in various scenarios over the years: when a firm’s top engineer was deemed too ‘weak’ even though all their clients loved her and she was raking in the most money for the company ….. (stupid company); where someone had been raking in their expenses ….(stupid employee), but most of the time it is because the employee has been viewed to not quite get ‘it’.

Regardless of the reason that brings you into that room, like dumping a partner, there are bad and ‘better’ ways to end things. Outside the standard practices you should adhere to (to minimise any legal risks – not covered in this particular post) here are my do’s and don’ts of how to let someone go that won’t leave you questioning yourself afterwards:

It is a mostly horrible process for all concerned and even if there are ‘good’ ways to do it (it took me a while to learn this and I freely admit to learning from experience in this regard) the reason why most managers take to ending employment in an almost robotic way, without any conversation, is to spare their own feelings as much as those of the people on the receiving end. No-one wants to be in that room, but all parties will come out of it better people if you take the time to create an honest and clear explanation of what led to that point.

Photo Credit: It Could Be You by Stuart Richards 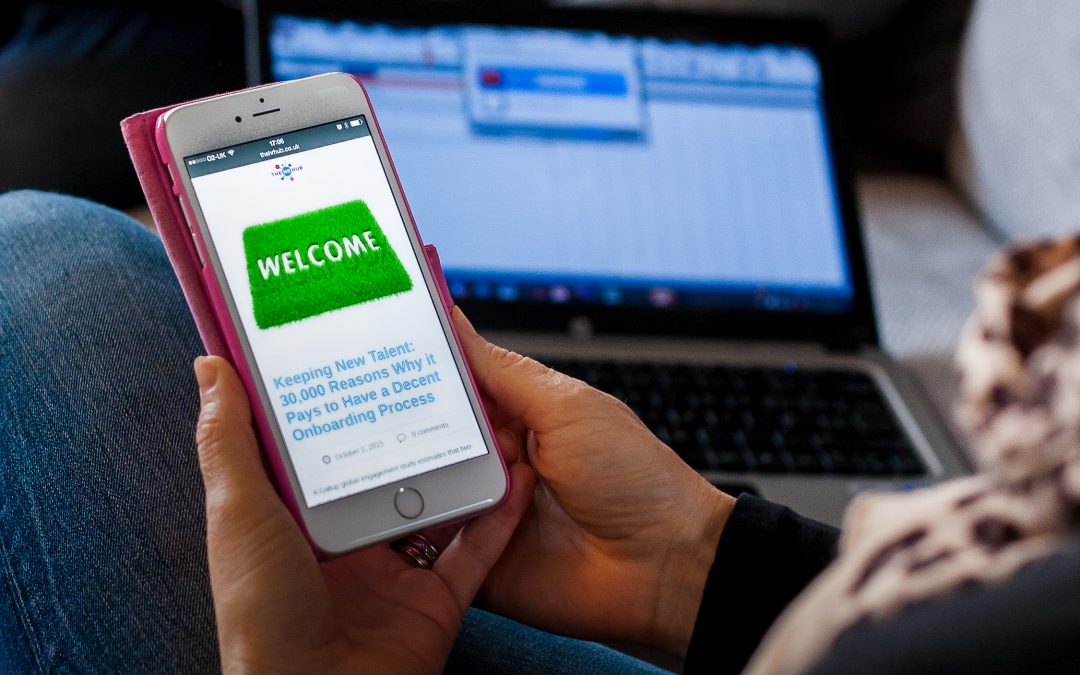 Keeping New Talent: 30,000 Reasons Why it Pays to Have a Decent Onboarding Process

A Gallup global engagement study estimates that two- thirds of all employees do not feel actively engaged in the business they work in and as a result are open to receiving offers of employment from elsewhere. Not great news admittedly for employers. But not new news. On the plus side, it suggests employees are not always actively looking for other work, even if they remain open to offers. Even more worrying, however, are the recent findings of Indeed’s Talent Attraction study, where, 65% of employees admit to actively looking for a new job within 3 months of starting somewhere new. Just to reiterate: that means that two thirds of new starters are sitting at their desks contacting recruiters, applying for jobs and going to interviews. All on your clock!

Of course, the study doesn’t indicate what proportion of this 65% go on to actually leave within the first three months. Many may well be hedging their bets and still be being pursued by companies from a previous recruitment round. But it does mean that resting on your laurels once the ink is dried on the contract is not an option. It also shows that the traditional understanding of the probation period, where the company is trying the employee out, is no longer quite the case.

I didn’t do a survey nearly as robust as Indeed did. But a quick straw poll of colleagues, associates & casting back on my own experiences revealed some similar tales from the front line, which could be loosely grouped into the following categories:

Spot anything that could happen in your business?

Whilst it’s never going to stop those who have a tendency to be fickle in their pursuit of employment, onboarding is definitely a step in the right direction for most. Onboarding (used interchangeably with the term ‘Induction’) is the process of socializing a new employee within a business for them to get the necessary knowledge, skills, and behaviours to be effective. Often in the past, these programs have been confined to health & safety briefings (which still fall under the boring-but-important category btw) or limited to a series of presentations about the workplace or a short demonstration of how your new job should be done. Given that it can takes weeks ( and sometimes months in the case of a highly specialized role) for someone to be firing on all cylinders, an hours on boarding doesn’t really seem to cut it in the learning department.

Most progressive companies are wise to the idea that onboarding starts way before the employee has even set foot in the building on their first day. Many build programmes which start from the recruitment stage to at least three months into the employee lifecycle to ensure that new starters are set up for success. AirBnB are trailblazers here. Their employee onboarding reflects the detail and care that their customers and hosts experience when they join. These holistic programmes are designed & implemented to make the employee feel welcomed, support them in the learning about the company and reinforce the company culture (a.k.a “how we do things round here”).

Implementing such a programme is not a cast iron guarantee that someone won’t walk out of the door. But if rolling out the red carpet to your newbies can save you £30,000* (the average cost of recruitment estimated by the Oxford Institute), isn’t it worth a go?

*Incorporates logistical costs including advertising, temporary worker replacement, management time to hire, recruitment costs not to mention the loss of output caused when an existing employee is training and when the new employee is learning.